Vacation Soundtrack List Movie (2015) – Tracklist – Listen to full soundtrack songs, the playlist of all of the songs played in the movie, trailers songs, what songs and who sings them, including end credits and scene descriptions. Vacation Soundtrack Details:

Kiss From A Rose – Seal

Without You – Harry Nilsson

Walley World Theme – Mark Mothersbaugh Additional film music – songs that are not included in the official soundtrack list,
but are playing in the movie. 1.

Crown On The Ground – Sleigh Bells

Watch the trailer for Vacation

Opening Credits. Movie title. Vacation pics slideshow.After Russ's dad gives them their old car. This song plays as they drive back to the Wally World.

On the road to Wally World. After their first stop. Plays as Jess sees the girl in the car driving next to them. She smiles.Their third stop. At the motel, at night, by the pool, Jess sings this song at his guitar. Right before he meets Adena.

Plays in the car after Kevin had choked Jessie with a plastic bag. As they're getting off the highway and heading to Debbie's old college.

Plays at the Tri-Pi frat party when they arrive at Debbie's old college.

Plays in their car, after the Tri-Pi episode. Russ sing along with the track.After rafting when Debbie and the kids (Kevin and Jesse), scared from the experience, insist on going back home. In the car, Russ tries to convince them otherwise and puts on this song again.

After Russ and Jessie's discussion about the meaning of rimjob. Plays in the car, as they're back on the road, driving.

As he's driving, Russ looks at a hot chick also driving next to him. She flirts and smiles at him. Then, she gets hit by another car coming from the opposite direction.

Plays after the uncle Stone episode, as they leave and drive into Arizona.

After the 4 states intersection point night. Plays as the Griswolds (Russ, Debbie, Kevin and Jess) through the Grand Canion.

11. Without You – Harry Nilsson

Plays during the rafting episode, as single Chad coordinates them.

Truck driver gives them a ride back home after their car blows up in the middle of nowhere. They stop at San Francisco, at Russ's parents' pension.

They all sing it on the roller coaster. Debbie starts it and then Russ, Jess and Kevin go with it.

Ethan lands. Meets Russ as he steps out of the airport accompanied by 2 hot stewardess.End credits, first song.

Debbie drinks the beer at the Tri-Pi frat party (her old college) just to prove herself in front of the young members.

Plays when the Griswolds are at the 4 hrs Velociraptor queue.

13. Crown On The Ground – Sleigh Bells

At the Velociraptor queue, Russ's and Ethan's families fight for the last place on the roller coaster. 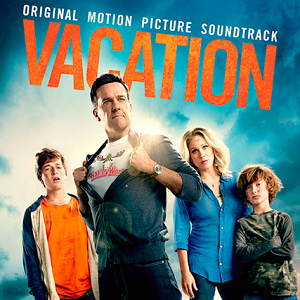