Below you can view the complete We Are Your Friends Soundtrack list, album tracklist 1.

I Can Be Somebody – Deorro (featuring Erin McCarley)

Another Sky (The Magician Remix) – Scenic

Something About You (Pete Tong Kingstown Remix) – Hayden James

We Are Your Friends – Justice Vs. Simian

Listen to most of the full songs from the We Are Your Friends soundtrack in a playlist
Additional film music – songs that are not included in the official soundtrack list,
but are playing in the movie. 1.

See You In The Other Side – Pyramid

Songs Remind Me Of You (The Swiss & Donnie Remix) – Annie

How Can You Really – Foxygen

The Wind and The Dove – Bill Callahan
11.

It’s Not Over (Dimitri from Paris Remix) – Holy Ghost!

Watch the trailer for We Are Your Friends

Justice Vs Simian - We Are Your Friends (Official trailer

Shamir - On the Regular (Official #2 trailer

1. I Can Be Somebody – Deorro (featuring Erin McCarley)

[45′] Second track that plays in Vegas as Cole meets Sophie there. They have fun and kiss for the first time. Then, they run and have fun through the city, rent a hotel room and make love.
[1h 15′] Plays in Cole’s headphones when he runs and gets the idea for the Summer Fest track (Cole’s Memories).

[1h 04′] Cole and his friends having fun and then a party at the new place they had moved to after his fight with James. Cole mixes.

5. Another Sky (The Magician Remix) – Scenic

[24′] Cole mixes at one of James’s parties for the first time.

6. Something About You (Pete Tong Kingstown Remix) – Hayden James

[31'] Plays in background, at James's party as Mason pushes some guy in the pool for confronting him in front of a girl.

8. Ah Yeah So What (WAYF Edit) – Will Sparks (featuring Wiley and Elen Levon)

[8'] Guys' night out. Cole and his friends go to a club where Cole mixes.

[9'] Second track that plays in the club when Cole and his friends go out.

[11'] Third song that plays in the club when Cole and his friends go out, as Cole sees Sophie for the first time.

[26'] Second track Cole plays at James's party as he convinces Sophie to dance.

[43'] Plays during the Cole and Sophie montage, after Cole's fight at the party where him and Sophie went together.

[1h 20'] Cole plays this at the Summer Fest - a montage of some sounds from several of his memories.

[27'] At James's party, second song Cole plays after explaining to Sophie the connection between BPM and dancing. He explains stimulating the circulatory system through music.

[2'] Plays in Squirrel's car as he picks Cole, Mason and Ollie so they'd go to CSUN.

[58'] Plays in background at the strip club where Cole and James go to after James argues with Sophie.

18. We Are Your Friends – Justice Vs. Simian

[2'] Plays when they're at the CSUN, talking to people there about a party. Cole narrates about his story.

1. See You In The Other Side – Pyramid

[13'] Plays as Cole meets James Reed outside the club where him and his friends went to. James takes him to an art exhibition. Because of the drugs, Cole sees everything cartooned.

[22'] Paige teaches them how to work the phones at his mortgage company.

[26'] Plays as Cole narrates explaining the connection between BPM and how the body moves when you dance. First he showcases reggae at 60 BPM.

[26'] Plays as Cole narrates explaining the connection between BPM and how your body moves when you dance. Third song, he explains is this short house piece.

5. Songs Remind Me Of You (The Swiss & Donnie Remix) – Annie

[27'] At James's party, first song Cole plays after explaining the connection between BPM and dancing.

[37'] Plays in background during Cole's ascending montage. Him and James producing music, then Cole mixing in a club and them recording with Sophie.

7. How Can You Really – Foxygen

[40'] Plays in background at the party Sophie and Cole go together (without James).

[42'] Plays in background as Cole and his friends go to an outdoor concert in Vegas.

[1h 05'] Cole and his friends sing it, by the pool, after the party for their new place. 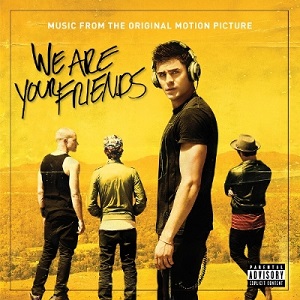